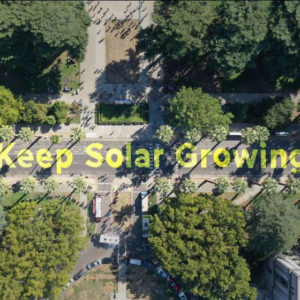 So many of us resisted the Public Utilities Commission’s proposed attack on rooftop solar that they backed down, a little.  But their new proposal would still make it much harder for people who don’t currently have solar to get it.

And, like the previous proposal, the new one would drastically cut the rates paid to rooftop solar owners for electricity they sell back to the grid—by an average of about 75% for homeowners, and even more for churches, schools, and small businesses.  This would eliminate the financial benefits of going solar.  And it would take people many years to recover the amount they invested in the solar panels, making that investment impossible for many homeowners and small businesses.

These changes would not affect current solar panel owners, but apply to new solar users starting April 2023. When changes like these have been implemented elsewhere in the US, solar adoptions have dropped by a lot.

The CPUC will vote on this proposal December 15.

See a replay of a Solar Rights Alliance webinar about the proposed changes and learn how to take action here.

Check out the explanations and responses to this latest proposal from environmental organizations: