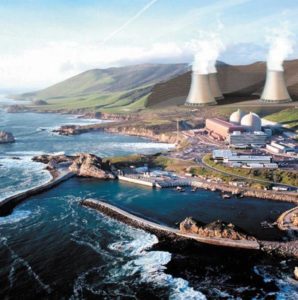 At its next meeting, the East Bay Community Energy Board of Directors will be considering and perhaps voting on whether to accept nuclear energy from PG&E’s Diablo Canyon nuclear plant.

PG&E has proposed making allocations of carbon-free energy, 70% nuclear from their Diablo Canyon Nuclear Power Plant and 30% from large hydroelectric generators,  to EBCE and other community choice programs.. The proposal is tied to the exit fee that all community choice customers pay to PG&E.

The coalition of community organizations that helped create EBCE is fighting to oppose bringing nuclear energy into its power mix.

The money EBCE might save by accepting nuclear energy  is trivial compared to what could be saved by closing Diablo Canyon early, as proposed in a motion by the Alliance for Nuclear Responsibility currently before the CPUC. A large part of the exit fee that community choice customers pay to PG&E goes to the very high cost of keeping Diablo Canyon open. Acceptingt this nuclear energy could give the California Public Utilities Commission an excuse to turn down the proposal to close Diablo Canyon early.

Diablo Cany0n is an aging facility sitting next to the ocean on several earthquake faults, now known to be more dangerous than was claimed when the reactor was built.