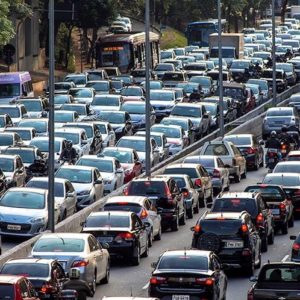 When implemented, SB 743 will change the way California’s Environmental Quality Act (CEQA) measures the transportation impacts of development projects. For decades, the standard was “Level of Service” (LOS). This basically means allowing more cars to go faster. The policy has encouraged suburban sprawl and led to ever-increasing spending on building more highways and lanes.

The result has been worse gridlock. New lanes and roads actually make traffic worse because they invite more cars to fill up the road space (a proven phenomenon known as “induced demand”). Many planners know this, but most people and politicians don’t.

And with the continuing suburbanization of poverty, many families are one paycheck away from losing a car and becoming effectively stranded in isolated residential communities. That’s a big reason why SB 743 is good for racial and economic justice.

And greenhouse gas from driving is the biggest single contributor to climate disaster.

SB 743 creates a new standard for measuring the transportation effects of development:  reducing vehicle miles traveled (VMT). This new metric looks at how much additional driving a project will generate, and identifies more VMT as a negative environmental impact — the way it obviously should be.

Add your name to tell Newsom not to give in to real estate and highway developers and steer toward climate-friendly, commuter-friendly transportation policy.