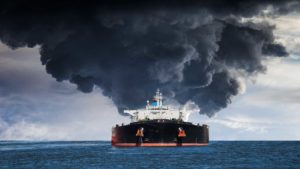 The U.S. Army Corps of Engineers  is planning to dredge a deeper channel through San Francisco Bay to enable oil tankers to move greater amounts of crude to and from Bay Area refineries.  Before the plan can proceed, both the federal government and the state need to prepare reports on the environmental impact of this project, officially called the  San Francisco Bay to Stockton, California Navigation Improvement Project.

Now the feds have issued their Environmental Impact Statement. The public comment period has been extended to April 21st.

You can read the Environmental Impact Statement at:

http://www.saj.usace.army.mil/About/DivisionsOffices/Planning/EnvironmentalBranch/EnvironmentalDocuments.aspx   (If using this link, go to “Environmental Documents/”Other Locations.”)

Questions or comments concerning the Final GRR/EIS can be submitted via email to SFBaytoStockton@usace.army.mil or in writing to 701 San Marco Blvd, Jacksonville FL 32207-8915   Attention: Paul DeMarco  (March 6 to April 21, 2020).

At a public meeting held in Pinole on November 13th, an overflow crowd shared its concerns about increased oil tanker traffic in the Bay and the Carquinez Strait.  Attendees learned that the Army Corps is co-sponsoring the project with the Port of Stockton, a “cost-share partner,” but that Contra Costa County and the Western States Petroleum Association are not official project partners, as the Army Corps had previously reported on its website.  (Disappearing web posts aside, we remain convinced that WSPA is all in.)  An Army Corps representative referred to Contra Costa County as a “close partner,” but added that the county has not yet entered into a formal relationship with the Corps.  The same rep explained that the proposal would have to undergo a review process under CEQA (the California Environmental Quality Act), and that a CEQA sponsor had not yet stepped up.

If this thirteen-mile dredging project does get the green light, it will enable more oil trafficking on the taxpayers’ dime and provide four refineries with a nearly $15 million annual subsidy.  It will increase the risk of oil spills, pump up the production of petroleum products, and elevate greenhouse gas emissions as well as the toxic burden on the Bay Area’s already long-suffering refinery corridor.  The Environmental Impact Statement portrays it as an emissions reduction project, arguing that deeper dredging will enable fully loaded Panamax tankers to come through the Golden Gate and into the Strait to refinery wharves, meaning fewer trips and reduced diesel and GHG pollution, with the refiners passing on cost savings to consumers.  Environmental groups take the opposite stance—that debottlenecking shipping will only enable greater quantities of oil imports and exports, and mostly the latter.

Sign a petition to our federal representatives to do everything in their power to stop this project.

Several environmental groups have filed a joint protest letter about the San Francisco Bay to Stockton Navigation Improvement Project.  There’s still a little time for you to do that, too, before the April 6th deadline for further comments on the federal Environmental Impact Statement.

The comment deadline was first extended after a large number of impassioned Bay Areas activists hijacked a mid-July, 2019 meeting of the Corps of Engineers that was to have focused on a separate but related dredging material disposal plan.  The Corps agreed to extend the deadline and also committed to the followup public hearing in November, at which about 150 people made passionate protest.  We’ll need much more of that going forward.

Please sign the petition, and don’t forget to review the proposal before you write your comments. Give ’em hell.