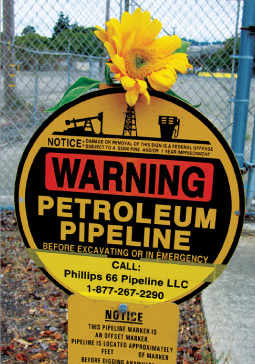 An exciting new report just released by Oil Change International makes a strong case for nationalization of the oil industry in order to set in motion a managed phase-out.   We think this is an extremely important proposal and encourage our readers to take a look at the full eight-page report.  Its author, Johanna Bozuwa of the Next System Project, says this in her introduction:

“The U.S. fossil fuel industry continues to seek bailouts during the COVID-19 crisis, as global oil demand craters and crude oil floods an already oversupplied market. These twin phenomena have combined to crash the price of oil, threatening the stability of the U.S. oil and gas sector.  The federal government has responded by cutting environmental and public health regulations, prioritizing corporations over frontline workers and communities, and exploring appropriating billions of dollars to purchase oil surpluses to fill the Strategic Petroleum Reserve.  Most recently, big banks 1are establishing holding companies to snap up financially shaky oil and gas companies, offering an ostensible private bailout.

Bailing out the oil, gas, and coal industries with no strings attached would return our economy to a precarious status quo in which the fossil fuel industry’s volatile and environmentally destructive business model worsens our economic and environmental crises.  It would allow a handful of executives and wealthy shareholders to continue to extract the vast majority of profits while taxpayers, workers, and exploited communities shoulder the burden of corporate and social risks and externalities.

We need public ownership for the people, not a bailout for fossil fuel executives. By assuming ownership and control of the coal, oil, and gas industries, the U.S. government can position itself to provide near- and long-term economic security for struggling workers and communities, and to proactively wind down fossil fuel production to meet climate goals.”