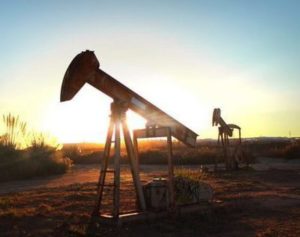 A newly published report by the Stockholm Environment Institute looks at the impact on global greenhouse gas emissions if California actually limited its oil production.  (We’re the third largest oil-producer after Texas and North Dakota.)  If the state pursued supply-side regulation and eliminated even half of current production, California could cut global carbon dioxide emissions by 8 million to 24 million tons per year.  And we’ll have to do this if we’re at all serious about even reaching the conservative 2015 target—keeping global average temperatures from rising 2°C.

“Attacking fossil fuel production at the wellhead is necessary,” writes Nichols Kunetz in Inside Climate News, “ if California—often called the world’s sixth-largest economy—is to help meet the goals of the Paris climate agreement.”  He quotes Peter Erickson, a co-author of the report and senior scientist at the Stockholm Environment Institute:  “You could in theory do that by reducing demand for fossil fuels, but it’s not happening fast enough, so that creates a need to limit the supply of fossil fuels.”

The following is quoted verbatim from Kusnetz’s article:

“The researchers used economic models to examine what would happen to global prices, consumption and production if California restricted its output.

Even though other regions would likely increase production somewhat, the authors estimate that global oil use would still drop by 0.2-0.6 barrels for every barrel that California does not produce.

The simplest way for the state to cut production would be to cease issuing drilling permits, the authors say.  California’s oil production is already dropping.  This would speed the decline, eliminating an additional 80 million barrels a year by 2030, according to the report.

The authors identify several other ways of cutting production, including implementing a greenhouse gas intensity standard, which would push aside the dirtiest oil, or imposing a severance tax based on the full life-cycle emissions from producing, shipping and burning oil (emphasis added).  In 2016, President Obama’s Council of Economic Advisers recommended applying something like this latter approach to federal coal leases.

Targeting production could be tricky, though.

First, it’s unclear whether California—which produces less than 1 percent of the world’s oil—could have a measurable impact on global prices, said Kevin Birn, an oil industry analyst with IHSMarkit in Canada.  “If it’s a couple of cents, I don’t know that anyone would really notice that.”

Any attempt by the state to limit oil production could also meet legal challenges from owners of mineral rights and would surely face opposition from California’s formidable oil industry.

Last December, the state’s Air Resources Board said it would explore cutting emissions by looking at energy production.  But in a January blog post, Ken Alex, director of the Governor’s Office of Planning and Research, cast doubt on whether limiting production would be effective or would simply export “environmental impacts to Venezuela and Saudi Arabia.”

A Long Shot, with Benefits

While California is on track to meet its goal of cutting greenhouse gas emissions to 1990 levels by 2020, the state will need to adopt more stringent measures to achieve its targets beyond that date.  Cuts from its transportation sector in particular have stalled.

Erikson said cutting oil production would have benefits beyond reducing emissions.  The proceeds from a severance tax could be directed to help people who work in the oil industry find other jobs.  Less production would also reduce air pollution near the state’s oil fields, some of which are in poor communities (emphasis added).

Erikson, who said he is meeting with California policymakers in Sacramento this week, acknowledged that it’s a long shot, though.

“It’s thorny,” he said.  “There’s lots of fault lines that we’re trying to steer clear of, but there could be a moment to think about oil supply in California.”

The state isn’t alone in its conflicted stance on fossil fuels and climate.  Activists have often criticized Norway’s drilling program as the country works to slash emissions, and Canada continues to promote its tar sands even as it adopts new climate policies.”