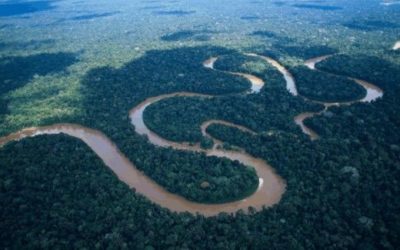 The Amazon is burning, with fires made worse by the heating climate, but right now California climate regulators want to allow companies to emit more global warming gasses as a way to save the Amazon!  What gives?

After 11 years of wrangling, the California Air Resources Board (CARB) is conducting a public hearing to consider endorsement of the California Tropical Forest Standard (TFS).  Please come to the hearing at CARB to testify in opposition to the TFS, or to demonstrate strong support to others who are offering testimony.

The TFS is intended to allow polluting facilities such as refineries to emit more greenhouse gasses than allowed under their climate “cap” when they buy offset credits from countries such as Brazil.  These offset credits would become available if states and provinces in the tropics follow procedures outlined in the proposed TFS and report that they have reduced their rates of forest loss by so doing.

This proposal is backed by corporate-friendly conservation organizations, the Western oil and gas lobby, some conservation scientists and state legislators, and the profitable emissions-trading industry.  It is opposed by a broad ‘NoTFS’ alliance of mainly Bay Area and some national environmental-justice NGOs and Indigenous activists, other conservation scientists and state legislators, and forest community leaders from Latin America, Africa, and Asia who will join us at the decision-making session in Sacramento on September 19th.  (It may spill over into the 20th.)

Emission-trading advocates argue that (a) offset-credit linkages between California and other states could make it easier—meaning cheaper—for California polluters to comply with our cap-and-trade system, and (b) that the TFS could push states in the tropics to change their behavior and stop allowing rampant deforestation.  But as long as the causes of tropical deforestation—mainly the expansion of cattle ranching, soy, palm oil and other export-crop plantations, and mining—remain lucrative, TFS-promoted forest preservation policies will be outcompeted in global markets.  (One better idea was legislation, AB 572, that would have reduced our state’s imports of forest-destroying commodities.  That bill was killed on August 31st.) 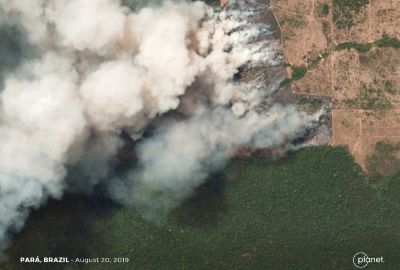 The problem with offsets is that, at best, they achieve zero change in total greenhouse-gas emissions.  More often, the emission “reductions” that offsets pay for are partial and temporary, with the result that total emissions actually increase.  And, as environmental justice groups have been pointing out for years, since California polluters emit toxic particles and gasses along with their greenhouse gasses, any scheme that allows them to pollute even more means worse air, worse health, and shorter lives in the low-income communities where the big polluters tend to be located.

One more reason to oppose the TFS is that the “REDD+”* methods it promotes which attempt to slow deforestation have already been tried around the world and have failed to achieve any significant forest-conservation gains.  In many cases, REDD+ projects and “jurisdictional” REDD+ programs have dispossessed or other wise harmed Indigenous and other rural communities by restricting their subsistence activities in exchange for promises of short-term payments.  This is contributing to weakening of the very communities that in many regions have the best records of forest protection and are struggling to hold the line against big agriculture and mining expansion.

Let’s stop the TFS and get back to the task of phasing out California’s own global-warming emissions!

* REDD is short for “reducing emissions from deforestation and forest degradation.”

For a deeper dive:  Letter to CARB from Professors Haya and McAfee—Haya, McAfee comment to ARB on proposed TFS