Sunflower Alliance works on the front lines of local fights against fossil fuel pollution and the expansion of fossil fuel infrastructure. Our goal is to slow climate catastrophe by stopping the expansion of the fossil fuel industries in our region, to promote environmental justice for frontline communities most directly affected by those industries, and to work for a just transition to a sustainable economy. 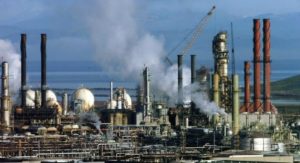 Sunflower Alliance is part of a network of organizations and communities working to stop any increase in greenhouse gas and health-harming pollution from our five Bay Area refineries: Chevron, Valero, Shell, Tesoro, and Phillips 66 – and in the long run, to reduce and eliminate refinery pollution.

Besides protecting our health and the climate, this struggle is key to preventing the Bay Area from becoming a major outlet for ultra-filthy crude oil from Canadian tar sands. Refining tar sands crude would cause a huge increase in both greenhouse gases and health-harming pollution.

Sunflower Alliance is a longstanding member of network of organizations pushing the Bay Area Air Quality Management District (BAAQMD) to take stronger action to rein in toxic pollution and greenhouse gases from Bay Area refineries. The current focus of the BAAQMD network is the demand that BAAQMD clamp down on the refineries’ emissions of “particulate matter” (PM), tiny particle that lodge in the lungs and enter the bloodstream. Particulate matter is the kind of air pollution that does by far the most damage to human health. Refining tar sands crude oil produces even more particulate matter than refining other types of oil.

For more information, see our pamphlet For Our Health, For Our Future: Fighting Pollution and Climate Disruption from the Bay Area’s Five Oil Refineries.

To get involved, contact sjnsunflower[at]gmail.com
And subscribe to the Sunflower Alliance Weekly Announcements for frequent updates on the fight against refinery pollution.

No Coal in Richmond 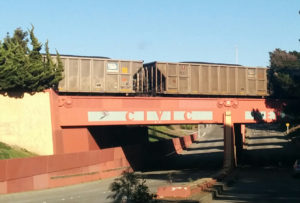 Sunflower Alliance is part of a coalition, along with Sierra Club, Richmond Progressive Alliance, Communities for a Better Environment, and No Coal in Oakland, to end export of coal and petcoke (a toxic solid byproduct of petroleum refineries) from the privately owned Levin-Richmond Terminal at the Port of Richmond. Mile-long coal trains of 100 open railcars each are running through Richmond residential neighborhoods and are unloaded at the terminal only a few blocks from homes, schools, and workplaces. Huge, uncovered piles of coal and petcoke are sitting right next to o
ur Bay at the terminal, covering the nearby neighborhoods with dust containing dangerous heavy metals.

The amount of coal exported through Levin-Richmond Terminal tripled between 2016 and 2017. While California has ended its use of coal, the expansion of current and proposed coal exports is part of an increasing trend to export pollution and climate disruption from the Bay Area to Asia and elsewhere.

In December 2018, the Richmond City Council voted unanimously to send the city attorney a draft ordinance that will prohibit new facilities from storing and handling coal and pet coke and phase out existing operations. Sunflower Alliance is leading monthly canvassing events in affected neighborhoods to raise awareness and get signatures on a letter to the council demanding the ordinance include the strongest language possible.

For more information and to get involved, email action [at] sunflower-alliance.org.

No Coal in Richmond

No Coal in Oakland

Sunflower Alliance participated in a massive campaign thatsucceeded in
winning a 2016 vote by the Oakland City Council to ban a proposed coal export terminal. The developer, Phil Tagami, successfully sued the city in federal court, claiming its ban on coal was illegal.

Oakland political leaders have vowed to continue the legal battle, either by appealing the judge’s ruling or passing a new ordinance.
In the meantime, the No Coal in Oakland campaign is working to build pressure on the Bank of Montreal to stop funding the coal terminal project.

No Coal in Oakland 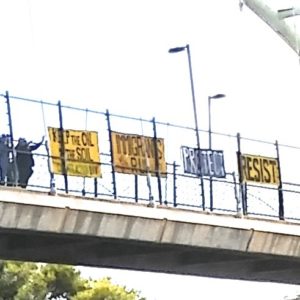 Through bannering, costume and mask creation, and other high visibility actions, this campaign spotlights the mass extinction of species that is occurring right now. And of course, among those species is our own, Homo sapiens sapiens. (And who are we kidding with that name?)
Animals are now bannering over route 80 on the weekends, with messages including: RESIST * RESIST FASCISM * PERSIST * PROTECT * IMMIGRANTS R US * NO BAN NO WALL * SINGLE PAYER * WTF! THERE IS NO PLANET B * KEEP THE OIL IN THE SOIL
We welcome your creativity and energy!
More information
To learn how to get involved in our work, please contact us:
Katy Polony:  katypolony [at] gmail.com • 510 499-8889
Melissa Murphy:   meliyoga [at] sonic.net
Jan Cecil:  jancecil8 [at] gmail.com

For information or to get involved, contact Shoshana Wechsler,  swechs[at]sonic.net 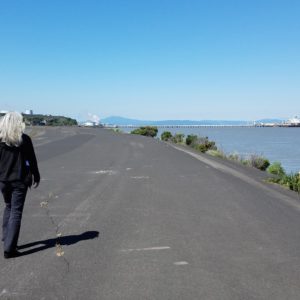 Residents of Crockett, Rodeo, and other communities along the Carquinez Strait in Contra Costa County are fighting a proposed “cleanup” of a toxic waste site called Selby Slag, which contains heavy metals, radioactive waste, and other products of smelting (removal of metals from ore) that were dumped in the bay and on the shore. The site adjoins the Phillips 66 refinery and the proposed “cleanup” may be linked to the refinery’s plans for expansion of tanker traffic. But the current plan for the “cleanup” would actually increase exposure of people, wildlife, and plants to the toxic chemicals. For background, see
http://www.oaklandmagazine.com/July-2018/Containing-the-Slag/
For information about the fight for a real solution to the Selby Slag waste site, contact Largentom555[at]gmail.com 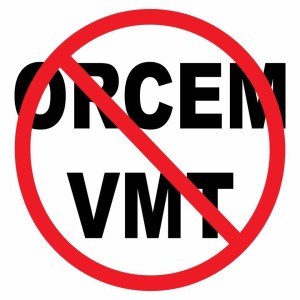 Residents of Vallejo are fighting a proposed Orcem cement plant and Vallejo Marine Terminal deep-water port. Both would add greatly to toxic pollution in this already-overburdened community and increase greenhouse gas emissions. In addition, residents and environmental organizations fear that the port would be used to export coal. This would be part of an increasing move by US coal companies to use the Bay Area as an export hub for their products now that US coal consumption is declining. For information on the fight against the cement plant and deep-water port, see Fresh Air Vallejo.

Contribute to our work